A dental crown is a custom laboratory made covering specially prepared to restore your tooth function and appearance.

What is a Dental Crown?

A dental crown is a custom laboratory made covering that fits over your tooth after the tooth has been specially prepared. A crown restores your tooth to normal function and appearance and can be made in either porcelain metal crown, all ceramic crown or gold crown.

What is a Dental Bridge? 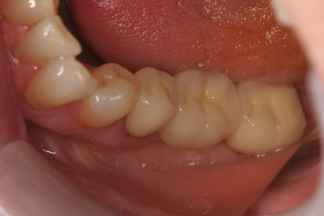 A dental bridge is literally bridge the gap created by one or more missing teeth.

A bridge is made up of two or more crowns for the teeth on either side of the gap. These two or more anchoring teeth are called abutment teeth and have a false tooth/teeth in between. These false teeth are called pontics and can be made from gold, metal alloys, porcelain, all ceramic or a combination of these materials. Dental bridges are supported by natural teeth or implants.

Why do I need a Dental Crown or a Dental Bridge?

A crown is usually made when your tooth has become too weak or damaged to support a filling, as a result of such things as decay, root canal treatment, broken tooth or injury. From the current research a tooth which has seen to have more than 50 or 60 percent will be better off with a crown. Previously we used to wait until a tooth has multiple attempts of fillings or after root canal treatment before suggest for a crown. However crowning earlier on has proven more effective in the longer term rather than waiting for the tooth base to be weakened from multiple treatments. The dentist will suggest the optimum timing to achieve the best long term outcome.

A crown will restore the function of your tooth so that you will have something strong to chew on, and it will make the tooth much more resistant to fracture.

A crown can also be placed to improve the cosmetic look of your teeth if they are damaged, discoloured or slightly crooked.

What is a dental crown or a dental bridge made from?

A crown is made of porcelain metal, all ceramic or gold.
Porcelain can be made to match any tooth colour and where strength is required, it is fused to gold to provide extra resistance to fracture. While the aesthetics of porcelain crowns are very good, about one in every 100 porcelain crowns chip and need replacement. All-Ceramic crowns are cosmetic dental restorations used to cap or completely cover a tooth being restored. All-Ceramic crowns are translucent and are the most naturally looking tooth replacement. All-Ceramic crowns offer natural looking dental restorations that are colour matched to the surrounding teeth. Gold crowns are stronger and harder wearing, and providing you do not mind the colour, they are the most suitable for back teeth where huge forces are generated on chewing.

What about the cost?

There is no doubt that a crown is expensive, however in the long term a crown is a very economical alternative. Nothing will last forever but by placing a crown we greatly reduce the risk of further treatment needs for your tooth. Just like a car tyre the length of time it lasts will depend on how you ‘drive and maintain it’.  Given the infinitely variable nature of the human body and function, it is not possible to say how long your crown will last, but 15 years is not too much to expect if the crown is looked after with good hygiene and regular check-ups.

What is involved in having a dental crown or a dental bridge made?

Usually there are two appointments. The first one is the longest, and your dentist will take some preliminary moulds before reducing your tooth in size to create room for the crown to fit over your tooth. Another mould is then made of the preparation and a temporary crown made for you to wear while the permanent crown is finished. A shade is taken if the crown is to be made in porcelain crown or all ceramic crown and the mould sent to the laboratory.

Note: not all the old filling is removed during the preparation.

Expect some sensitivity after the tooth has been prepared. This will usually diminish after few days.

About two weeks later, you have your second appointment where the temporary crown is removed. The new crown will be cemented into position providing the fit, bite, shape and colour are correct.

Your new tooth is then ready to be treated as a ‘normal’ tooth that can sustain your regular healthy eating habits.